Allianz Stadium formerly known as Juventus Stadium is an all-seater football stadium in the Vallette borough of Turin, Italy, and the home of Serie A club Juventus FC.

The stadium was built on the site of Juventus’ and Torino’s former home, the Stadio Delle Alpi, and is one of only three club-owned football stadiums in Serie A, alongside Sassuolo’s Mapei Stadium and Udinese’s Stadio Friuli. It was opened at the start of the 2011–12 season and has a capacity of just over 41,000 spectators.

The forerunner to the Juventus stadium was the Stadio Delle Alpi, which was completed in 1990 to host matches for the 1990 world cup. But the club’s move from their previous ancestral home, the Stadio Comunale, to the Stadio Delle Alpi was controversial and not popular among Juve fans. The World Cup arena was built at a great expense, was less accessible, and had poor sightlines due to the athletics track. Despite Juventus being the best-supported team in Italy. Average attendance was only a third of the stadium’s 67,000 capacity, and the fact that the distance from the stands to the pitch was largely due to the running tracks only made the discomfort worse for Juve supporters.

Juventus moved out of the unpopular stadium in 2006 and began plans to build a more intimate and atmospheric venue. During that period, they played their matches at the newly renovated Stadio Olimpico, which was also unpopular due to its low capacity.

It was obvious that something had to be done. A radical move was also taken by the club, which in 2003 bought Stadio Delle Alpi from the local authorities. After only 19 years, the unpopular arena was razed to the ground and construction of a new arena began. The capacity was reduced to a more reasonable 41,000 spectators, and now the distance between the stands and the pitch is only 7.5 meters.

The opening ceremony of the stadium was held on 8 September 2011, with a friendly match against Notts County, chosen as Juventus’ black and white stripes were inspired by County’s jersey colours. The game ended 1–1 with goals from Luca Toni and Lee Hughes in the second half.

How to get to Allianz Stadium 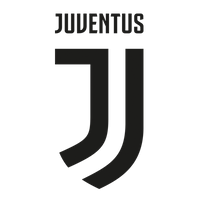